This is a guest post by my friend and colleague Richard Merrick. 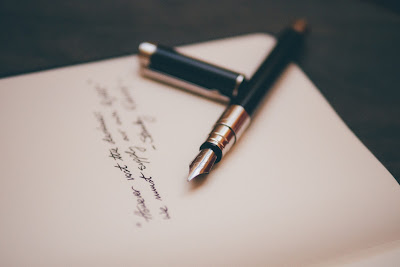 This is a difficult letter to write. We’ve been together for over forty years, and for the most part, it has been a productive relationship. I’ve made money for you, and you have provided me with a stable way of making a living. We’ve had our ups and downs and spent time apart, but in the end, we found we needed each other and always got back together. This time though, it’s different, and I owe it to you to tell you why.

When we first got together, I was full of enthusiasm, and a hunger born of wanting to prove myself and a need to earn a living. You were a respected part of our community, and even though you could be, well, somewhat assertive; arrogant even, I believed you had my interests in mind and went along with the way you wanted me to dress; managers who used their titles as a proxy for competence, and those funny training courses you got me to do. I was part of a cohort of other people who joined at the same time, and I enjoyed their company as we laughed at your idiosyncracies together.

And you can be a smooth operator when you want to be. I enjoyed the promotions, the money, the toys and the apparent status that came with them. They fed my (not inconsiderable) ego, and I came to define myself on your terms. In some strange version of Stockholm syndrome, I became attached to you even as you consumed my waking hours, kept me away from family, as I progressed up the hierarchy, doing things I didn’t like to people I did to keep other people in “The City” happy.

As in most abusive relationships, I thought I could change you. After all, what you were doing was clearly harming you. The actions we took to look after your short-term obsessions left good people demotivated - inside the company and out. People who just checked out - either physically or mentally (the current obsession with “quiet quitting:” makes me smile. It’s nothing new) and good suppliers who found themselves out in the cold, treated as commodities, not partners for the sake of a fraction of a percentage point of margin.

The first separation, like bankruptcy, happened gradually, then suddenly. As your psychosis deepened and your blind pursuit of “returns” ate ever more surely into the moral fabric I believed you had when we first met, my circumstances changed. Twenty-five years had gone by, and the excuses I had given myself for staying with you - the mortgage and the children’s education - disappeared as my promises to them were fulfilled. All that was left was the counterfeit status, the money and the executive toys. A fairly powerful form of buyer’s remorse set in, and so I handed them back, resolved never to put myself in a position like that with an employer again.

But I still believed in business as a force for good and set out to work independently, with businesses and people I liked, doing things I believed in. They were different - smaller, run by founders for whom the business mattered and who had the agency to be able to make more grounded decisions about the future. (I do have a confession. I did relapse and work for big organisations now and again. I still cannot believe the amount of money people with budgets, rather than ownership, will pay for consultancy that rarely changes anything of substance. It’s as easy as selling botox)

Then we had 2008, the outpouring of money into “too big to fail” and the creation of corporate hegemony. Bigger than business, bigger than politics and when married to technology, we have ourselves a monster. A Wetiko - the mythical beast of North American folklore whose hunger increases in proportion to what it consumes, making it continually ravenous for more.

And so we come to, for me, a second parting. Corporate business has lost its autonomy, and is in a singular thrall to money to the exclusion of all else.

I still believe in business, but we have to reimagine it for society's good. To make it a partner, not a malign master. It is a challenge, but we have to start somewhere.

I think it’s about leadership. It starts with people who want to build a business that reflects their own values rather than those who are happy to compromise and serve remote shareholders with their eyes shut. Businesses that are grounded in communities rather than consuming them. Built by those with an eye for beauty and an instinct for legacy.

It starts with individuals, then small groups, and then groups of groups. It is about communities in their truest sense. If we get the groups right, the rest will follow.

So, corporate business, I’m leaving you for another, altogether more compelling vision of what business can be. And I’m not alone. Those people who are “quietly quitting” are actually quietly joining another idea, because, to borrow a sporting metaphor, you’ve lost the dressing room.

Watching you become who you now are has been sad, but I am no longer interested in rescuing you. I’m not sure anyone can.