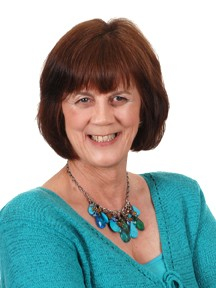 This is a guest post by Maree Harris, accredited mentor of the Enhancing Their Gifts System and author of Soft Skills - The Hard Stuff of Success.

You may know the story of some bushwalkers who came across a man sawing down a tree with a hand saw.

They asked him what he was doing.

Frustrated at such a stupid question, he replied that he was cutting down a tree.

Seeing that he hadn’t got very far, but looked exhausted, they asked him how long he had been sawing.

Mellowing at their concern for him, he looked at them and said: “I am exhausted. I’ve been at it four hours and as you can see it will be at least another four hours before I’ve finished.

“Why don’t you stop, have a break and sharpen your saw?” they said. “ You will get it done faster if you do.”

Angrily he replied: “I haven’t time to stop and sharpen my saw. I’m too busy sawing this tree down.”

By not taking care of what does the work for him – his saw – he becomes exhausted and has to work much harder and much longer than he needs to.

So many managers in organisations are just like this man. They are so busy making sure the work gets done, that they don’t stop to look after those responsible for doing it – their people. If they did they wouldn’t find it so heavy going getting their people to do what needs to be done.

It is common to hear frustrated, tired and jaded managers saying: “I don’t have time for this people stuff”,  while at the same time complaining that their people weren’t measuring up. Recall the old adage that rolls off our tongues so easily: “Our people are our greatest assets”; yet we treat them as a cost and an expense, rather than an investment .  Many organisations still spend much more energy and time squeezing every drop of blood out of their people, than they do investing in them. We are, however, seeing some change as more and more organisations are now not merely talking about investing in their people, but actually doing it in a range of ways. The Enhancing Their Gifts program has a real contribution to make here.

Almost ¾ of Australian employees are NOT FULLY ENGAGED in their work, according to the 2012 Towers Watson Global Workforce Study.

21% feel UNSUPPORTED at work. While they are willing to expend more effort on their jobs, they feel they lack the tools, resources and support to do their jobs effectively.

Another 20% are DETACHED workers who, although they are supported at work, lack the willingness to go the extra mile.

A sizeable number – 29% - are COMPLETELY DISENGAGED.

Only 28% are HIGHLY ENGAGED at work.

Working WITH us is about co-operation and collaboration. There is that engagement we talked about before, a feeling they have an investment in the success of the business, their individual career goals aligned with those of the organisation so there’s a sense that they are in partnership with us. They go the extra mile. Our success is their success.

Working FOR us is about doing what we are told whether we like it or not. If we don’t like it then we’ll use any opportunity to slacken off or work to rule. We only do what we have to do. We have no investment in the organisation’s success. This is just a job from which we draw an income to live. If we can find a better one we will leave. There is a “them” and “us” mindset, management and employees are in opposition to one another.

So How Do We Get Our People To Work WITH Us, Not Just FOR Us.

There are five keys I believe can make it happen.

1. Developing a psychological contract with our people.
2. Being visible to our teams.
3. Setting clear goals, expectations and priorities.
4. Coaching our team to engagement, rather than being the critic.
5. Providing regular and consistent feedback.

I want to focus on the first key because that is foundational – developing a psychological contract with our people. It is also the inherent philosophy that beds down the Enhancing Their Gifts program.

Developing a Psychological Contract with Our People.

It’s the commitment the organisation makes to its people.
“We will look after you if you will look after our organisation.”
“We will take your concerns seriously. We will listen to you.”
“We will do what we can to make sure you have what you need to do your job successfully.”
“When the going gets tough we will work with you to get the best outcomes together.”
Unless we can establish a psychological contract – create this emotional connection -  between our people and our organisation there will not be engagement.

This is about making an emotional investment in our people.  We promise to make their work meaningful and purposeful if they will give us their hearts and minds, their loyalty and commitment. Psychological contracts are about getting win/win outcomes.

It’s about creating emotional bank accounts for our people. We make deposits into these emotional bank accounts and build it up for the rainy day. When we need to withdraw, as many organisations have had to do during the GFC, it can be done without bankrupting the relationship. Because we have made the deposits, we can make the big withdrawals. Those organisations that did that were able to call on their people to make a super effort during this difficult time and they came through. Others who had built up no emotional credit have struggled to get through and as soon as the situation gets better in their industry their people will leave because they have felt used and abused.

Enhancing Their Gifts is one program that can do all this for our people. It’s a way for organisations to invest in their people’s talents and gifts, a way to focus on their strengths, not on their weaknesses, to be the coach not the critic. It believes that when we play to our people’s strengths, we get enhanced performance.