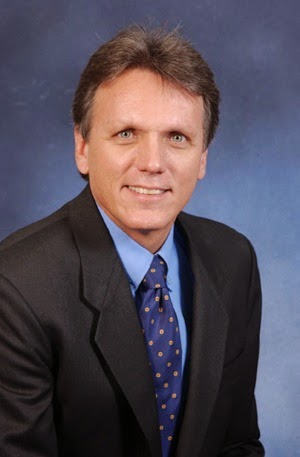 Henry Ford once remarked: "A business that only makes money is a poor business."

Without a doubt, this quote is more true in today's world of Corporate Social Responsibility (CSR), multiple constituencies, more knowledgeable customers, and a highly mobile workforce than it was during the "glorious" Industrial Age of the 1900s.

Likewise, the management philosophies and tools of the 20th century are no longer as useful or effective for leading a 21st century workforce. In fact, many leadership observers believe the pendulum has currently swung too far in the direction of the management ethos of "what gets measured gets done" and has resulted in too much emphasis on setting specifically measurable criteria for every aspect of business.

While goal setting and measurement tracking are still valid practices, the core leadership philosophy for business owners and managers today is best built on the values of transparency, excellence and caring for one another. How these core values are expressed through action and behavior differentiate one organization from another.

The best business owners and leaders see their organizations as living and evolving entities driven by shared values.

Each person on your team has their own inherent set of values. It is an unwise business owner or leader who expects his or her employees to park their individual values at the door upon arrival at work each day.

The astute business owner or leader, on the other hand, coalesces his or her staff around a set of shared values that set and define the context for individual and collaborative behavior.

Values are the catalyst for behavior. Basing collective and individual action on value goals, rather than stated performance objectives, has three important benefits for the organization:

1) It helps to avoid wrong actions that lead to devastating consequences,
2) It helps everyone address dilemmas where there is no obvious, clear black and white correct path to take, and
3) It helps employees respond to the sentiments of others when strongly held opposing views come into play.

A few years ago, the high-powered leadership team at Enron was known as "the smartest guys in the room." But their lack of values-based performance led to the collapse and destruction of Enron, and carried the corpse of accounting firm Arthur Anderson with them. It also led to prison sentences for several Enron executives.

Values set the context for behavior. By understanding the values your people bring to the table, and then aligning these with the vital values of the organization, you create teams of people more able to collaborate and work together to produce the results desired.

Great leaders know to monitor and measure the processes and behaviors producing results. They also know that when they modify behaviors that have slipped beyond the edges of the organization's agreed and stated values, their people performance and results return to the desired path and destination.

Values-based leadership is about sometimes taking the hardest path. It is about seeing the company's purpose as more than just a profit-producing machine. It also means putting people and values before profits and short-term "shady" tactics designed to meet quarterly or yearly numbers.

As the great investor Warren Buffet said, "It takes 20 years to build a reputation and five minutes to ruin it."

Without a values-based leadership approach, your organization's clock is permanently set at five minutes before disaster.

Likewise, a report a few years ago titled Reputation Assurance: The Value of A Good Name, from PriceWaterhouseCoopers, stated, "A single-minded focus that seeks only to satisfy shareholders may ultimately lead to crises and erosion of shareholder value."

When business owners and leaders actively demonstrate strong values, they are better able to:


Dov Seidman, author of HOW: Why HOW We Do Anything Means Everything…in Business (and in Life) believes there is a link between enlightened corporate behavior and performance. He argues that the most successful businesses of the future will also be the most moral ones, not as a result of formal Corporate Social Responsibility (CSR) initiatives and programs, but from what he labels sustainable values. Unlike situational values, sustainable values are ones with sustaining human relationships built into their day-to-day practices and behaviors.

In Seidman's view, how an organization is led, governed and operates is equally as important to its future success as the products and services it produces.

In fact, values are such an important item on the leadership agenda that astute leaders are now actively seeking new systems and methodologies for cascading critical values throughout their organizations.

This is one area where smaller and medium sized businesses will have an advantage over monolithic, huge enterprises as it is much easier to cultivate consistent values-based behaviors across a workforce of 200 than 20,000.

Values are also very important to employees. In fact, the 2012 PWC Annual Global CEO survey reports that 59% of workers say they will seek employers whose corporate responsibility behavior matches their own values. This was higher than the 52% who said they are attracted to employers offering opportunities for career progression.

It is little wonder that incisive and wise business owners and leaders are now deliberately and purposely using shared values as one of the best levers for optimal people performance within their organizations.

As a result, they are creating great businesses that deliver significantly more than just money. Henry Ford would be proud.

This article is excerpted from the book Project You: Living a Determined Life, available in both paperback and eBook formats at Amazon.com.
Posted by Ian Berry at 08:00