Safety, simplicity, sensemaking, sensibility, and above all common-sense

The only real difference politics has made in my 44 year working life to date is that it is now harder by a long stretch for myself and my clients to do business than it was when I began.

There's more hurdles to jump, barriers to get around, and gates to open.

I'm law abiding, ethical and do business with integrity. I'm conscious of the diversity of our world and celebrate difference. Every day I get to help people with different personal beliefs to collaborate for the common good.

I want governments to be crystal clear on what the playing field is and the rules of the game, and then to get out of the way.

The bottom-line for me as I cast my vote in the Federal election in Australia tomorrow is five-fold.

1) ensuring a safe environment for me to live my life and carry on my businesses.
2) allowing it to be simple (read less complicated) for me to do business.
3) enabling me to give greater meaning to my experiences (sensemaking).
4) appreciating and responding to the complex issues of our wider world.
5) taking common-sense actions.

The incumbent Government and Prime Minister Malcolm Turnbull are clear winners for me.

The alternative Government haven't shown themselves to me to be an alternative. They've engaged in fabrication, scare tactics without substance, and silly personal attacks.

As an outsider my view is that these same actions led to a leave the EU vote by the British people, so you never know in politics what the outcome will be until the people vote.

Most of all for me, despite acknowledged coaching in presenting, the opposition leader Bill Shorten doesn't come across as believable because his body language isn't in alignment with his words and vice-versa, with even his key messaging of "putting people first" failing to resonate.

I'm hoping that whoever wins tomorrow that common-sense will become the more common thing.

Regardless I'll just keep on jumping the hurdles, moving around the barriers, and opening the gates, and staying grateful that I live in a country like Australia. 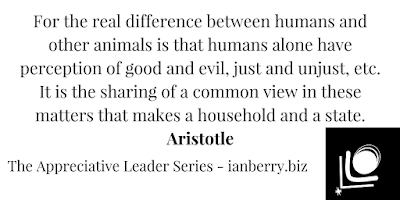