Why a minority believe the unbelievable and the majority suffers

Minority parties in the Australian federal election stole the show with record numbers of people voting for them, meaning the two major parties capable of forming Government both received less primary votes than they needed.

This means it all comes down to preference votes, a pretty much unique system to Australia, and which I personally believe is a stupid system. Any person who received the most primary votes can actually lose under the system, and, a party can form Government even though they receive less than 50% of the two party preferred vote.

Why did this happen?

One major party ran a scare campaign that the other party would privatise the health system.

There was no substance to this, yet the party using the scare tactics handed out over a million fake health cards and ran a fraudulent text message campaign. A high percentage of people bought into the lie and voted accordingly. Their fear of loss overrode logic.

One minor party pushed a false message about immigration yet tapped into a genuine fear for some people that some how they would lose if people of a certain religion were allowed to expand their base. Absolutely no substance to the message and yet a minority believed the unbelievable.

The Prime Minister rightly warned that a vote for minor parties and independents was a vote for chaos, which is exactly what we now have.

Fear of loss or losing something held dear, even though such is more often than not a figment of imagination, is a strong driver for a minority of people's decision making. Don't let such fear into your business.

Whatever change you're contemplating in your business make sure you address people's fear of loss or losing, otherwise the change you desire won't happen, the tail will wag the dog, and the majority of your people will suffer, as will your business results. 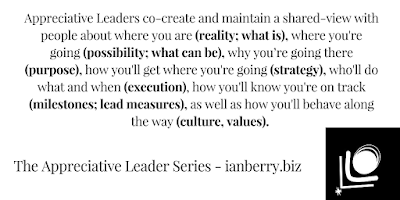