Public wanted ex-PM yet party didn't, why I'm giving all media a rest

Below is the opening paragraph in a news.com.au article of July 16th 2018.

Malcolm Turnbull has widened the gap as preferred prime minister in the latest Newspoll, extending his lead over Bill Shorten to 19 per cent. Mr Turnbull has increased his preference rating by two points to 48 with Mr Shorten dropping two points to 29 in the last fortnight, according to the poll published in The Australian. 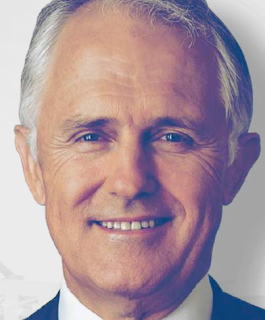 And yet just over a month later Mr. Turnbull has been taken down by his own party.

Even Parliament was suspended because the Government couldn't sort itself out.

In my view it should never have ended this way for Mr. Turnbull.

He strikes me as having the civility, dignity and the skills to lead us. Yet a few out of touch with the people members of his own party, behaving like bullies, believe their way is the only way, not the people's way. Classic tail wagging the dog.

The good news is that the bullies lost. We now have however a more conservative leader who I doubt can lead for all.

I predict that because of this and the chaos that led to his election, Mr. Morrison will lose the next election. This means we will have a Labor leader (so-called) who wasn't the preferred person by his own rank and file and is devoid of leadership skills.

From my perspective mainstream media is complicit in all this appalling behaviour. I have lost faith in most journalists now as well as the Parliament.

Just another reason I'm having a media (mainstream and social) free month from 5 pm tonight as I announced last Monday.

See you in a month. And as per the link above please give me a call.

PS Why Everyone Should Watch Less News by Ryan Holiday

PSS and a very interesting piece from Dr. Jason Fox The Post-Social Media Era
Posted by Ian Berry at 13:20