You can listen directly to the podcast version of this post here. 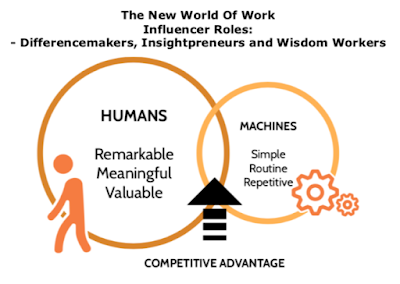 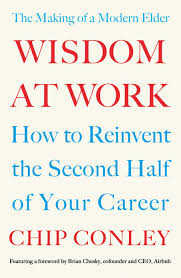 Today’s post/podcast is inspired by this beautiful book that I’m currently studying by Chip Conley, Strategic Advisor at Airbnb.

From there you can download a PDF document that contains links to all my digital resources for humans co-creating/sustaining Remarkable Workplaces.

One such resource is my ebook Meaningful Work and The Meaning Of Life. The link to it is on page 20.

This ebook contains my best insights, inspiration, and ideas for our times from my first decade of blogging.

In the ebook I reference what I believe are 4 distinct ages in human history.

Firstly the Agricultural Age of 10-12000 years ago when key roles where Landowners and Labourers. Power was in the hands of a few.

Then the Industrial Age that commenced 300 years ago. Key roles were Industrialists and Factory workers. Power was still in the hands of a few.

The third distinct age in human history the Information Age began 50 years ago. The key roles technology guru’s/experts/entrepreneurs and knowledge workers, a term created by Peter Drucker in 1959 that found its place in this age. Power was still however in the hands of a few.

The current and 4th age I call The Purpose Age. It began perhaps 30 years ago. The fall of the Berlin wall was certainly a sign of significant change.

I believe that this purpose age is an age for the foreseeable future. The key roles are Differencemakers and Insightspreneurs (people able to turn information into useable insight/s).

The really big change in this purpose age is that power is now in the hands of many.

At the moment this power is only used wisely that I can see in small pockets.

A revolution is on our doorstep though as differencemakers and insightpreneurs become wisdom workers, a term I will credit to the writer and CEO of Age Wave, Ken Dychtwald, Ph.D. who from what I can tell coined the term in 1989. Wisdom workers will break the digital spell that we’re currently under. HT to Chip Conley.

For me wisdom workers are todays artisans and meaning makers. They are the role models of value delivery and of what it means to be a human being fully alive in the 21st century.

I recommend having a conversation with your team members about what it means to be wisdom workers in your team.

For a number of years now I have been following Chris Brogan’s lead by choosing 3 words as my theme each year. You can read more about Chris’s idea by reading my 28th November 2018 blog post.

This year my 3 words are better, wiser, valuable.

Choose one of your words this year to reflect wisdom as a theme for your team’s performance.

A second part of context I’d recommend is for you and your team mates to think and take action following the proven principles of quantum leaps and "the aggregation of marginal gains”. 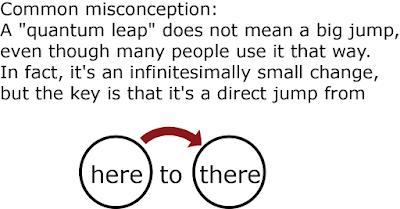 "The aggregation of marginal gains” is a wonderful concept that I first learned about from the great writer and author of Atomic Habits James Clear.

Brailsford had been hired to put British Cycling on a new trajectory. What made him different from previous coaches was his relentless commitment to a strategy that he referred to as “the aggregation of marginal gains,” which was the philosophy of searching for a tiny margin of improvement in everything you do.

Brailsford said, “The whole principle came from the idea that if you broke down everything you could think of that goes into riding a bike, and then improve it by 1 percent, you will get a significant increase when you put them all together.”

"Just five years after Brailsford took over, the British Cycling team dominated the road and track cycling events at the 2008 Olympic Games in Beijing, where they won an astounding 60 percent of the gold medals available.  Four years later, when the Olympic Games came to London, the Brits raised the bar as they set nine Olympic records and seven world records.

That same year, Bradley Wiggins became the first British cyclist to win the Tour de France. The next year, his teammate Chris Froome won the race, and he would go on to win again in 2015, 2016, and 2017, giving the British team five Tour de France victories in six years."

True quantum leaps and the aggregation of marginal gains play a key role in all of my work with my clients. I wish you well as you tap into their magic. If I can help you please get in touch with me.

I wish you well in having a conversation with your team members about what it means to be wisdom workers in your team. Please call me or email should you wish to share your results.