How do you talk to yourselves in your mind (positive or negative)? guest post by Jeremy Deedes 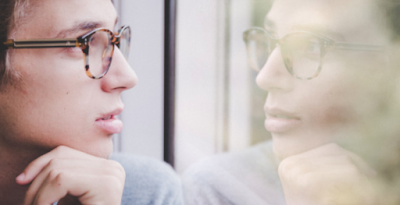 Photo by Laurenz Kleinheider on Unsplash


Negative self-talk is a consequence of stress;
it can damage your effectiveness and should be remedied
before it reinforces a vicious cycle.

Like most human beings, I sometimes suffer from a tendency toward negative self-talk. In neurological terms, this usually arises when I am stressed. Stress affects my pre-frontal cortex (PFC), upsetting its neuro-circuitry so that it fails to work correctly.

The PFC sits just behind your forehead and, in evolutionary terms, is the most recent addition to the brain. Often referred to as the CEO or conductor, the PFC plays a crucial role in day-to-day life, overriding the instinctual flight or fight responses generated by the older reptilian brain. The primary motivational emotions around hunger, reproduction and nurturing generated by the limbic system also become subservient to the PFC.

Amy Bran, a coach and neuroscientist, defines the role of the PFC in terms of higher-level cognitive functions such as information processing, planning, decision making and social relationships. It also provides humans with the ability to postpone immediate gratification in favour of longer-term benefits.

Given its multi-functional role, it is not surprising the PFC uses a lot of energy. Stress diminishes the PFC’s ability to use energy. When this happens, your PFC does not function properly. As Bran says, you become lazy, uninspired, distracted, disorganised, forgetful, emotional — and prone to negative thoughts and negative self-talk.

So, in neurological terms, stress can cause you to talk negatively to yourself. You would assume this is a bad thing, and you would probably be correct. However, it is arguable that negative self-talk has a specific benefit, namely that it acts as a warning bell. Of all the ‘symptoms’ of a poorly functioning PFC listed above, negative thoughts are easily identifiable, immediate and actionable.

Avoiding the cycle of negative self-talk and stress

How do you avoid this cycle? Well, relieving your stress is the obvious answer. However, depending on your circumstances, this may not be immediately achievable. In that case, your first port of call might be to turn your negative self-talk into positive self-talk.


You can find further examples in the Mayo Clinic article about the power of positive self-talk to reduce stress.

Another school of thought argues you refer to yourself by your name and not as ‘I’. Ethan Cross and others from the Universities of Michigan and Berkely hypothesise that self-talk is a regulatory mechanism. In their paper, they describe how LeBron James made a significant and life-changing decision.

Its all in the name

LeBron James played basketball so well that in 2010 he faced a tough choice. Should he stay with the small-market team that had been his home since he started playing? Or should he move into the bigger league? In an interview after making his decision, James said this. “One thing I didn’t want to do was make an emotional decision. I wanted to do what’s best for LeBron James and to do what makes LeBron James happy”.

The authors of the paper highlight the switch from “I” to “LeBron James” in the statement. They argue it is a deliberate move that ‘influences people’s capacity to control their thoughts, feelings and behaviour’. The authors suggest that ‘using one’s own name and other non-first-person pronouns to refer to the self during introspection is a form of self-distancing that enhances self-regulation.’

These examples are not, of course, just about self-talk. To be really useful include these variations in your conversations with others and in your writing.

Finally, we regard positive communication as an essential happiness habit. As such, we have included it in our Happiness Habits Programme. Positive thinking, talking, and writing will leave you feeling happier, more productive and more valuable.

With special thanks to Amy Bran, my sometime tutor and author of Neuroscience for Coaches: how to use the latest insights for the benefit of your clients, for her detailed explanations of the brain, its functions and the chemicals that have merged into the discipline of neuroscience.

Louise Orders at Dauntless Fitness provides a further take on the subject in her post ‘Say it like you mean it‘, in which she considers the importance of using ‘I don’t’ rather than ‘I can’t’.

This post has been adapted from Jeremy Deedes’ original answer to a question asked by a Quora member.

Click the buttons at Jeremy's original post here to find out more.
Posted by Ian Berry at 08:16