Is harmony your key to thriving in 2021?

I've written and spoken a lot about harmony.

Here's some of my musings:

Everything of meaning and value begins with harmony

I often just contemplate the yin and yang symbol as I appreciate what is and imagine what can be in my life and work. 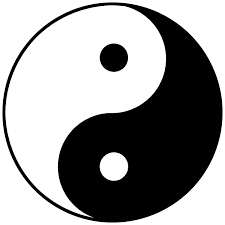 The quote below is from this Wikipedia link:

Anima originated from Latin, and was originally used to describe ideas such as breath, soul, spirit or vital force. Jung began using the term in the early 1920s to describe the inner feminine side of men.

Animus originated from Latin, where it was used to describe ideas such as the rational soul, life, mind, mental powers, courage or desire. In the early nineteenth century, animus was used to mean "temper" and was typically used in a hostile sense. In 1923, it began being used as a term in Jungian psychology to describe the masculine side of women.

Anima and Animus are another way to look at harmony. How do they speak to you?