So what can we learn from the Olympics? - guest post by Phil Jesson 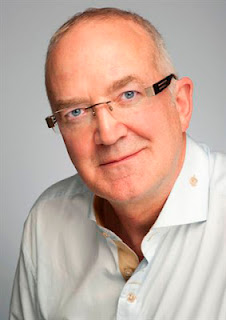 This is a guest post from a colleague of mine in the United Kingdom Phil Jesson.  I loved it on first reading and immediately asked Phil for permission to share his thoughts with you.  I have reflected a great deal on Phil’s thoughts myself and believe he is offering great insights into creating a successful business in the modern world.  Thank you Phil.

1.       Words create worlds. Think of Seb Coe’s visionary language that helped win the Olympics in the first place and has since galvanised politicians, the public, athletes and coaches. “Inspire a generation!”..............three words that create worlds that we can see, feel and hear. So how clear is the vision that you want your people to buy into?

3.       Olympic coaches do not pursue massive improvements in performance – they strive for “marginal improvements” i.e. 100 things that can be done 1% better.

4.       Dave Brailsford, the Performance Director of the UK cycling world put together a “Talent Team” some years ago to identify and develop potential high-performers. Many of its early recruits had never cycled competitively before, but the Talent Team knew exactly what it was looking for in the way of knowledge, attitudes, skills and behaviour. Do you have a talent team? What does it look for? Where does it look – e.g. do you look for future sales people currently working in non-sales departments?

5.       Results on their own are not what matters. Results with the right behaviour matters i.e. behaviour in alignment with clear and meaningful values and beliefs. The Chinese badminton players did nothing wrong, according to the rules, but the Olympic movement’s values were strong enough to act as a clear referee on their behaviour and they were quickly shown the door.

6.       Winners do not feel pain, although they have put themselves through the same (or more) stresses and strains as fellow competitors who fail to win medals. Do you have a winning culture within your organisation? How do you celebrate success?

8.       Generally speaking, women have dealt with failure better than men. As I see it, women have been able to “re-calibrate it”, learn from it, keep things in perspective and look forward to their next opportunity. Men have tended to treat second place as “failure”, they have hung their heads, apologised to the Nation and looked forward to a lot of gloomy and painful soul-searching.

9.       Success breeds success. Getting into the habit of winning breeds a success culture with very high expectations. We “own” rowing and cycling now and that will rub off on the next generation of athletes. The success of the Games will also, I’m sure, run off on the Nation. To quote Seb Coe, “the Games have provided an oasis of sanity and unity for the country to move forward in the future!”

10.   The roar of the crowd has helped our athletes’ performance. In many cases, it has been the difference between fourth and third, second and first. I wonder if the people working in our organisations sense the roar of the crowd or are they unsung heroes, working in an environment that lacks recognition and praise?

11.   Succession planning is key! In many team events, athletes who were successful in Beijing have been joined by the “new kids on the block.” For example, in one of the rowing fours, it was two plus two. The two experienced athletes inducted the newcomers, explained how the team culture worked and helped the new boys become successful medallists in the new team.

12.   The power of the mind is clearly evident. “If you think you can etc etc........” The athletes’ thoughts became ideas which became actions which became the habits that determined their destiny. During the last four years, even in times of adversity it would appear that the best athletes were able to stay focused and positive.

13.   Athletes concentrate on their strengths and develop coping strategies for their “weaknesses”. They don’t spend months trying to change something that they are not good at – they further enhance their strengths. Usain Bolt’s form, in recent months, had been hit and miss but following a good talking-to from his coach he didn’t worry about his slow start. He focused on the second half of the race.........his main strength.

Anyway, enough of all this pontificating! The Olympic Games are having a great effect on my own outlook – I have been thrilled, inspired and entertained. I have even been inspired to find my old trainers and head for the gym in an hour’s time. I’m off to find some of that aerobic stuff and to see where my dorphins end. Whilst I’m there I will pass the time thinking about the great week we have had and the great week still to come.......................a bit like my life, really!

Phil Jesson is a great speaker I highly recommend and a guru in key account management  (KAM).  Please check his website here.