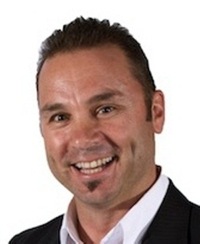 This is a guest post by Gary Ryan accredited mentor of the Enhancing Their Gifts System.


Gary is my very special guest on the next changing what's normal candid conversation at 10 am Melbourne time on March 7th.

We will be discussing candor and high performance.  Details here.

"It was a culture of 'no bad news' within this company that was at fault". Hastie Group CEO Bill Wild is quoted as saying in The Age.

Truth to Power is reflected in the regularity with which people lower in an organisation's hierarchy provide honest opinions and/or data to more senior people in the hierarchy. When it is low, danger looms. It can even cause the loss of at least 2,300 jobs which is the current scenario at the Hastie Group.

Just yesterday when I was working with a management team I asked them their view on whether or not it is easy for people to provide Truth to Power. "No" was their collective response.

"Is that a potential problem for you?" I asked.

A resounding "Yes" was the reply.

If you were the 'head' of such an organisation, how much truth would you be hearing? Very little!

And that is dangerous - it could even sit at the heart of an organisational collapse.

Candor lies at the core of Truth to Power.  This means that at all levels of an organisation people are encouraged to say what they believe is going on, understanding that there perspective is only part of the picture.  But an important part nonetheless.

Truth to Power is diminished when the 'messenger is shot'. When 'bad things' happen to people who provide an honest opinion or highlight 'scary' data in an organisation, other people learn very quickly 'not to put their head up'.

This means that managers and leaders have to learn how to handle hearing things they don't like to hear, especially when the 'truth' might relate to an issue that the manager believed had been resolved some time ago.  Managers also have to have the courage to speak with their colleagues when they see evidence that they are damaging Truth to Power through their lack of engagement with their direct reports.  Saying, "Bob's always been like that, he never listens to his people" is not satisfactory.  In fact it highlights managers accepting the unacceptable behaviour of their colleagues and the simple truth is that such behaviour can place everyone's jobs at risk, including the managers themselves.

Truth to Power does not mean it is 'open slather' for employees to say what they like just for the sake of saying it.  Part of truth to power includes the messenger taking responsibility for what they are saying, so their view is genuine and not an effort to 'have a go' because they can.

How healthy is Truth to Power in your organisation?

Gary Ryan works with Senior and Developing Leaders to enhance their capacity to achieve high performance through fully utilising the talents of their team members.


Please join Gary and myself for the next changing what's normal candid conversation at 10 am Melbourne time on March 7th.

We will be discussing candor and high performance.  Details here.