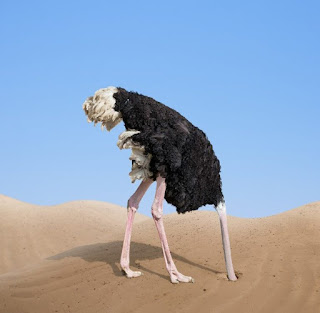 Demise of this great country

I love travelling. There’s no better way to create a new perspective. After three weeks overseas I’ve found myself reviewing my thoughts on Australia. I think we’ve lost the plot. As a strategist, mentor and consultant, I work with businesses and individuals to create a better future. We work to set a vision and a plan to achieve it. So what’s the plan for Australia? I don’t know. I can’t see it – and neither can many smart people I’ve asked. It seems we are in a rudderless ship of fools. That’s a problem.

English Kings are given nicknames encapsulating their best-known attributes. Ethelred the Unready, Edward the Confessor, Alfred the Great. The last decade has seen a run of appalling Australian leaders. Rudd, Gillard, Rudd, Abbot and now Turnbull. I think he’ll go down as Malcolm the Disappointing. Apparently a brilliant man, he has his head in the sand and up his arse at the same time! Whilst anatomically impressive, it’s depressing. He is the latest in a parade of ‘leaders’ who can’t or won’t lead.

Under the watch of this lot (from both political persuasions remember), the national debt has increased from $50 billion in 2007 to $550 billion today. Oh and we had a resources boom – the proceeds of which appear to have been pissed up against the wall of vanity and vote-buying.

From my home office I run a business. I win and serve clients from all over the planet. Clever, affordable and time-saving tech makes me probably ten times more effective than a decade ago. Applying the same principle, the size of government will have correspondingly reduced right? Wrong. With a few exceptions, both state and federal government are the same size or larger than ten years ago. Why?

That’s no way to run a railroad. Talking of which, NSW Government has just admitted that it’s poster child light rail project will not be compatible with other similar light railways in Sydney. You see no standard format has been agreed. Yes, that’s right. The Victorians nutted out this stuff 150 years ago, but it’s a bridge too far for the myriad and well-paid executives of Transport NSW (none of whom appear to be losing their jobs for gross incompetency).

This is one of a million examples of small, parochial thinking. Disappointing Malcolm signed off on building Australia’s next generation diesel electric submarine fleet in South Australia in the knowledge they would be 30% more expensive. That’s a waste of $15 billion. Obscene doesn’t begin to describe it. Not to mention that we really need nuclear submarines given the vastness of our ocean territory.

Nuclear is one of the many conversations we can’t even begin to have. Whether it’s nuclear submarines, nuclear energy (for which Australia has a persuasive business case – stable continent, uranium deposits, electricity crisis, low-emissions commitment) or nuclear storage as a new industry for financial basket case South Australia (ditto), it’s considered political hara kiri to even talk about it.

I am not claiming that these things are easy or necessarily right. But as a mature, clever economy, surely we are smart enough to be able to discuss possibilities in the quest for the best way forward. As F. Scott Fitzgerald wrote,

Not only is our ‘first-rate intelligence’ out to lunch, our right to vigorous debate and the free speech has gone backwards. I for one am appalled that my tax dollars have supported the $400k salary for Professor Gillian Triggs. You can’t make this stuff up. What is more worrying is the meekness with which we appear to have accepted the new status quo of public debt, piss-poor performance and what’s-in-it-for me mindset.

Complex problems are cast in the binary tones of pantomime. It’s the fault of ‘the rich’ or ‘unions’, ‘the big-end-of-town’ or ‘welfare bludgers’. We can’t discuss budget correction because our leaders are too scared. No one can be a ‘loser’. My maths aren’t perfect, but I am pretty sure that you can’t take more and/or give less without someone being worse off. We need to have that conversation as mature citizens. As a country we’re acting like a student with their first credit card. As long as we can pay off the monthly minimum life’s sweet.

We urgently need reform to create the 21st century platform for a 21st century country. Instead we cling on to anachronistic institutions and thinking. The Senate is madness. In what universe does it make sense that Tasmania (population 515,000) has the same voting representation as neighbouring Victoria (population 5,700,000)? State governments were the product of a Victorian era Federation in the age of the horse. Do we need them in our hyper-connected digital age?

Time to have a go

You can poke holes in my arguments and disagree of course. This is not a uniquely Australian malaise. Many other economies are on similar trajectories and equally poorly-led. How Theresa May missed the open goal that is Jeremy Corbin in the recent UK snap election is mind-boggling. They are stuffing up Brexit and there’s Trump of course.

But this is Australia. We have an extraordinary range of unique advantages. Debt is still relatively low and – with sensible policy decisions – can be reversed. We can control our borders. We are on the doorstep of the fastest-growing economic region in what we are promised is the ‘Asian century’. We have vast natural resources. Most importantly, we are home to many brilliant minds and organisations – both large and small. I work with some of them and am inspired and optimistic about what is possible by harnessing their energy, passion and creativity.

Your job Malcolm is to harness this potential. Becoming Prime Minister is not the prize. Doing something meaningful when you get there is. You are a smart man. Go out swinging! Move me with a plan, not just a robotic “jobs and growth” mantra. Be remembered as someone who had a red hot go. You’ll gain respect and – who knows – you just might rekindle in enough of us the idea that society is more about what we give than what we get. 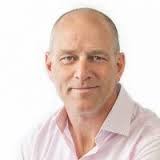 PS When I first read this post on Mark's blog and in emailing him to get his permission to post here I commented - "The real challenge I think is the political system. It means the tail wags the dog and mediocrity is the usual result."