Constitutions and common-sense (and the lack thereof)

The former Deputy Prime Minister of Australia Barnaby Joyce is currently campaigning to win back his job after being forced out of the parliament because he was deemed illegible by the High Court because he unwittingly had citizenship of another country. Mr Joyce is one of several politicians suffering this fate.

There's no suggestions whatsoever that anyone deemed ineligible has committed treason or is involved in conspiracy yet if you listen to the media and opposition politicians you would think so.

Hyperbole (exaggerated statements or claims not meant to be taken literally) is one way to describe their despicable behaviour. Another is political expediency, and another rank self-righteous, self-interested opportunism.

What happened to common sense? Yet again it's missing and more tax payers money is being spent totally unnecessarily.

As far as I can tell there are many things in the Australia constitution that need updating like still referring to pounds in some sections whereas dollars have been our currency since 1966. 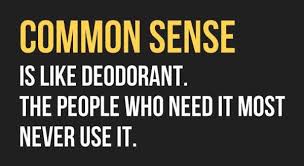 image courtesy of rootreport.com
The simple no cost solution to the constitution crisis of dual citizenship in Australia

Give everyone amnesty for their foolishness and carelessness and move on. No needless by-elections or other wasting of taxpayers money.

Lesson for your business

Where does hyperbole, self-righteousness and self-interest exist in your business? How will you get rid of it.

If your business has a constitution, charter or whatever, when was it last updated? Does it accurately reflect what you want it to?

Be remarkable.
Ian
Posted by Ian Berry at 06:00