"We LOVE our President, whether he is orange, red, if he was black or brown whatever." says someone on Twitter.

A reply I liked
"Yes, I know. You love this president, whether he's being: racist, misogynist, vulgar, perverse, xenophobic, criminal, ignorant, dishonest, disloyal, lazy, impeachable, traitorous, or whatever. You should be so proud..."

Then It dawned on me and I replied
I think this is the point and therefore the wider front no one non republican is yet approaching that is a way that leads to better. People support Trump because he is racist, misogynist etc and a zillion other things I don't support (nor you either I suspect).

I think Trump is unfit to lead anything. My thinking is based on his daily behaviour.

Are you allowing other people's appalling behaviour to excuse your own or in some way give you permission to behave badly?

Or are you a role model of what it means to be a human being fully alive? 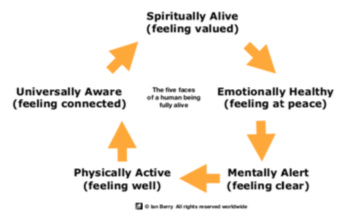 Email ThisBlogThis!Share to TwitterShare to FacebookShare to Pinterest
Labels: Real leadership is about behaviour and words Ian Berry Possibility Leadership