What real leaders do and fake one's don't

Listen directly to the podcast version of this post here.

After a two months break welcome back to my Friday podcast.

I hope 2020 has begun for you and yours as you planned.

From early 2004 to early 2010 I gave more than 700 presentations. About 500 were on the subject What Real Leaders Do and fake one’s don’t. This theme obviously struck a chord, particularly through the global financial crisis period.

After my best friend suffered a heart attach on the 7th April 2010 I took most of the rest of that year off wherever possible. The title never took off again.

In 2005 I published a workbook on the subject and later in a trilogy of books I incorporated many of the insights.

I’m thinking of resurrecting the title What Real Leaders Do and fake one’s don’t. Post-truth and fake news are now every day phrases right? It seems we have lost sight of truth, and trust, ethics and morality along with it.

Referring to lying or being loose with the truth are now Trumpism’s. Here in Australia our Prime Minister personifies this.

He dodges and weave on the run like a game of football and when the government loses, the next day, or even in the next hour the PM is on a broadcast telling us about how they won when everyone knows they lost! And he is very brazen and arrogant about this too.

When will all this nonsense end I ask?

Well I believe is that it’s up to us to set and maintain standards regardless of what politicians do or don’t do.


So here at the beginning of the 2020’s we need to be clear about what real leaders do, and by definition fake one’s don’t. 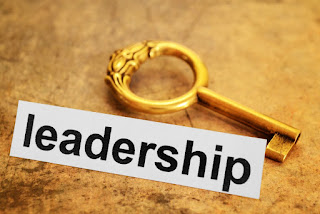 Below is a list to get you started on making your own list with your family, friends and colleagues. I trust that your list will become a commitment to be and become your words.

1) Tell the truth regardless of the situation. We see marketing as a series of ‘helpful conversations’ as Bernadette Jiwa so wonderfully describes marketing.

2) We don’t engage in spin or smoke and mirrors.

4) We’re known for our integrity.

5) Other people regard us as trustworthy.

6) We behave according to agreed ethical and moral standards.

7) We don’t invade the space of others or treat others badly. Instead we’re kind and civil to everyone.

What would you add or change of modify?