The Power of Performance Possibility Peers 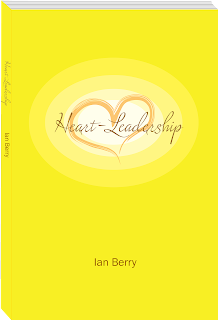 Today’s podcast content is drawn from my Heart-Leadership book.

Heart-Leadership is an alternative to people, change and performance management.

Performance Possibility Peers are colleagues in the same organisation as we are or are people who are on a similar path in other organisations.

In either case we form master-mind groups or peer groups (I call mine Heart-Leadership Peer Groups) as a way to share stories and make decisions about how we will change, modify or nuance our performance.

In the Village we are performance possibility partners and peers for people wanting to be the best Heart-Leaders we can be at home, and in the workplace, town, city, country, sporting club, community group, wherever we belong.

Here is the short version back story:

I’ve been engaged in master-mind groups for over 30 years. The first was a bunch of blokes who met weekly to explore what it really meant to be great husbands and fathers as well as true friends. We called ourselves ‘The JourneyMen' and were referenced by Steve Biddulph in one of his early books on Manhood. There was nothing much happening for men in those days and domestic violence and other matters were just starting to be discussed more openly.

I’m in no doubt that for the small group of us we all became better people because of our regular candid conversations (often around the pot belly stove) in Philip’s shed.

Since then I’ve been a member of many groups, led quite a few, and presented to over 100 around the world in the leadership peer-group space.

The original idea put forward by Napoleon Hill in his famous book ‘Think and Grow Rich’ still holds true: “The co-ordination of knowledge and effort of two or more people, who work toward a definitive purpose, in the spirit of harmony.

No two minds ever come together without thereby creating a third, invisible intangible force, which may be likened to a third mind {the master mind].”

What’s emerged in more recent times is that people want to gather to not just engage with our minds, we want to engage in our hearts too.

We want to do this work with people we trust, who believe in us and appreciate us, yet also challenge us.

We want to belong to places where we can be candid.

Where do you belong?

The most remarkable leaders I know are in the habit of regularly stepping off the field of play to work on yourself and on your organisation.

Because of the wonders of technology the majesty of Heart-Leadership groups can now happen online where we can tap into the wisdom of peers operating in non-competitive businesses and from different countries and cultures.

I regard having a mentor/s and belonging to a peer group/s as the top two essentials for personal and professional growth.

One of the reasons that I host online conversations every month is because for the regulars they are a form of master-mind group.

Of course the concept of a peer groups shifts to a whole new level when we consider them in the light of heart, head and hands and in that order.

Many are called, only a few take the next step into the unknown. We act alone yet need others to walk alongside us while answering their call at the same time.

“A friend is someone who knows the song in your heart and can sing it back to you when you have forgotten the words.”