What are the differences between propaganda and news?

My trusty Google dictionary says propaganda is:
information, especially of a biased or misleading nature, used to promote a political cause or point of view.

as an aside it also says
a committee of cardinals of the Roman Catholic Church responsible for foreign missions, founded in 1622 by Pope Gregory XV.

I laughed out loud when I read this second definition.

When I Google fake news I get the following from Wikipedia
Fake news is a type of yellow journalism or propaganda that consists of deliberate misinformation or hoaxes spread via traditional print and broadcast news media or online social media.[1] Fake news is written and published with the intent to mislead in order to gain financially or politically, often with sensationalist, exaggerated, or patently false headlines that grab attention.

When I Google news the following is prominent
newly received or noteworthy information, especially about recent events.
and information not previously known to (someone). 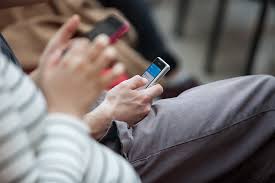 Why am I on this trail?

Recently while enjoying conversation over a coffee with my wife in one of our favourite coffee shops it suddenly occurred to me that everyone else in the shop was on their so-called smart phones! This observation led us to explore what news is.

One of my conclusions is that we mostly scroll, watch and listen to news that is actually someone else's propaganda. This is a major distraction in our lives that has us trapped.

What's your thoughts? I would genuinely like to know. Please email ian@ianberry.biz I'll publish your answers (with permission) here.