The trouble for and with western leaders

Many western male leaders, most notably Trump, and closely followed by Morrison here in Australia think either/or or yours or mine whereas people like President Xi from China thinks both/and and are looking for ours, more than yours or mine. 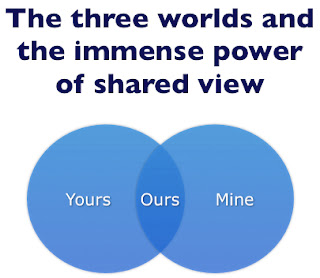 From my observations Trump is bad for both America and the world. His trade wars being a prime example of his failure to understand how Eastern leaders think and work.

I'm grateful to David Thomas for referencing the above article in one of his daily China Bites which I find an excellent source for understanding China and the East in general.

In a recent China Bites David highlighted the most likely event that the next person to walk on the moon will be Chinese. Vice-President Pence (just as bad if not worse than Trump in my view) in a recent address just talked about America in space and never mentioned anybody else!

Clearly Trump and Morrison and many other male Western leaders are driven by self-interest and are therefore placing their nations in a position of doing less than what is possible in our relationships with Eastern countries.

Either/or thinking and actions in your business is a recipe for disaster right? Only finding ours (shared-view) actually works.