We Are Not Divided 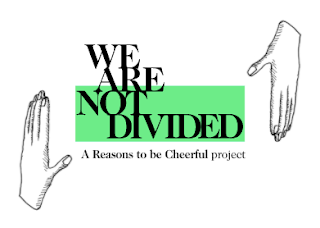 I've been inspired by the Reasons to be Cheerful project 'We Are Not Divided'. Learn more about it here.

The primary reason I dislike politics is because divide and conquer seems to be the main modis operandi. Trump is a major example.
Of course people like Jacinda Ardern are the opposite. She proved in the New Zealand election two days ago that decency can trump division.
In my home state of Victoria, Australia, the right of politics have politicised Covid-19 and are trying everything they can to divide us and turn us against Premier Dan Andrews who it seems to me is doing a great job to ensure that we don't have to experience further lockdowns like many other states and countries.
The right are not succeeding. All they are doing in my view is making a bad situation worse and shining a light on their own incompetence and failure to properly care for citizens in a myriad of areas, notably aged cared.
I get that many are suffering because of the lockdowns. In my view the approach of Andrews is about short term pain for long term gain. Whether he is right or wrong in his approach I don't know. What I admire about him is never once has he engaged in the dirty and divisive tactics of those trying to undermine him.

We're better than Trump or anyone else who says "my way is the only way".

We're proving all over the world, as the Reasons to be cheerful project is highlighting, that we are not divided, in fact we are more united than ever to see the back of people who seek to divide us.
Be remarkable.
Ian
Posted by Ian Berry at 08:00

Email ThisBlogThis!Share to TwitterShare to FacebookShare to Pinterest
Labels: Reason to be cheerful We Are Not Divided