The one thing Kiwi's and Wallabies have in common

The Rugby World Cup final (4 pm GMT Saturday October 31st) will be the first time New Zealand and Australia, both world champions on two occasions, have met in the deciding game.

As an Aussie my allegiance is obvious. We have never minded being the Underdogs. In fact we thrive on it. The All Blacks, who I have great respect for, will be wary of being the favourites.

For the record I expect New Zealand will win because I think the sentiment around this reportedly being the last game for legendary captain Richie McCaw, will give the All Blacks an edge. I won’t be surprised though if Australia wins for the same reason - the All Blacks may just try (no pun intended) too hard.

Regardless of who wins I have observed something both sides have in common that I think is a key to their greatness as it is with all remarkable teams - the coaches genuinely care for their players as people.

Star player David Pocock says the following here about his Wallabies coach Michael Cheika.
“Playing against his Waratahs teams for the Brumbies for a couple of years, I heard lots of stories. Now, I see a different side to him. He demands a lot but he really cares for the players.”

Humility is something I also notice about Michael Cheika.

The same can be said for All Blacks coach Steve Hansen who says in this interview:

“We want to be humble, grateful men and women for being part of it.” 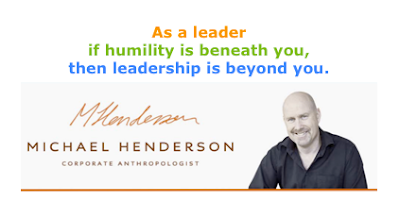 I suspect both these coaches have accepted the challenge of leadership as expressed by Jim Rohn.

Which one stands true to this challenge, particularly when the game is at it’s hottest may well turn out to be game changer.

PS I'm not such a diehard fan that I’ll watch the game live, given 4 pm GMT/London is 2 am my time. I will awake curious to find out not just who won, more importantly who/what were the game-changers?, because in them will be remarkable lessons for leaders.
Posted by Ian Berry at 12:00