Dark Emu - the truth about our first people 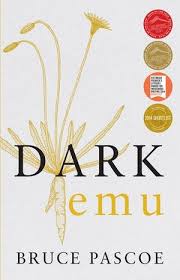 This book makes you cry at the injustices done to the first peoples here in Australia.

I understand it's a similar story for first peoples in other countries.

It turns out that the first peoples here were not the uncivilised savages we were taught that they were in school.

In fact the truth is the Aboriginals were the civilised ones!

The ways of the Colonists were backward compared to the Aboriginals.

The Colonists quickly destroyed the environment that had existed for 60,000 years plus. They're still doing it and the stench of their self-righteousness lingers.

My loathing of religious dogma and doctrine has increased. As it has for missionaries.

My respect for people able to live their faith without the dogma and doctrine has also increased particularly when they are able to live in harmony with people who do not share their beliefs as well as respecting different beliefs.

“Those preferring to rest an argument on relative morality should examine the religion and morality of Indigenous Australians and then compare it to those who murdered them in the 1800s and those who try to excuse or deny it today.”
Bruce Pascoe in Convincing Ground

"If we look at the evidence ... Aboriginal people did build houses, did build dams, did sow, irrigate and till the land, did alter the course of rivers, did sew their clothes, and did construct a system of pan-continental government that generated peace and prosperity, then it is likely we will admire and love our land all the more."
Bruce Pascoe in Dark Emu